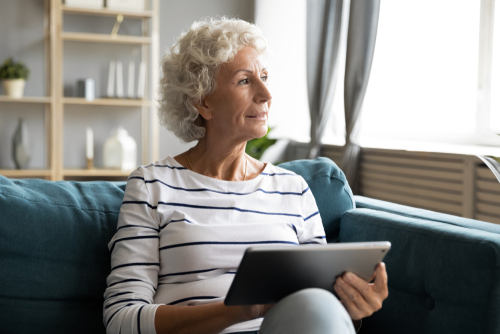 According to the Mayo Clinic, “Mild cognitive impairment (MCI) is the stage between the expected cognitive decline of normal aging and the more serious decline of dementia. It’s characterized by problems with memory, language, thinking or judgment.”

Mayo Clinic further states, “If you have mild cognitive impairment, you may be aware that your memory or mental function has “slipped.” Your family and close friends also may notice a change. But these changes aren’t severe enough to significantly interfere with your daily life and usual activities. Mild cognitive impairment may increase your risk of later developing dementia caused by Alzheimer’s disease or other neurological conditions. But some people with mild cognitive impairment never get worse, and a few eventually get better.”

The Warning Signs/Symptoms of MCI

Even though mild cognitive impairment may seem less severe than other forms of memory loss, it should still be taken seriously. If someone is left unaware, they may accidentally make it worse, which could lead to other problems. The more aware you are, the healthier you can stay, which may affect you positively later on in life.

Symptoms of MCI can remain stable, improve, or progress to worse conditions, such as Alzheimer’s disease or some other form of dementia.

Though these are only the primary list of symptoms, there could be more signs. It can be frustrating at times and may cause additional behavioral issues due to the lack of remembering.

However, if you live with someone who has MCI, the important thing is to be patient, understanding, and forgiving. It is harder for a person who is struggling with mild cognitive impairment.

What To Do If You Notice Symptoms

If your family is telling you that you may have some of these symptoms, the first thing you can do is talk to a doctor. They will be able to give you a set of tests for speech, memory, and other motor functions that will help them diagnose you. If you have more than one symptom or results that come back odd, you may have MCI.

Doctors may be able to provide you with certain drugs that help boost memory and block whatever keeps you from remembering certain things. Prescribing drugs is also not an ordinary course of treatment. Keeping healthy can be one of the best ways to help your brain function fully.